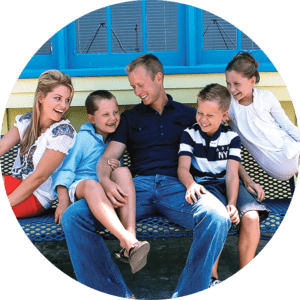 Remembering to Be Thankful

Natasha, Maks and Lev went to the Dominican Republic with their parents to see what it's like and to visit their sponsored child. Kids there might live in a one-room home where they sleep with all their family. They might even have just one pair of shoes or one toy to play with.

When Natasha, Maks, and Lev saw what the children's lives were like, they wanted to remember to be thankful for what they have.

Maks got mad at his dad one morning while they were in the Dominican Republic. But then he met kids who didn't have a dad. Here's what he learned:

"What stood out was how thankful all the kids were and how they lived, and that we have so much more than they do. Sometimes I used to be like, 'Why can't I have this or that?' But now I know that the people there don't even have a chance of getting it, and they're happy with what they have. I learned how thankful we should be for what we have."

"All the kids were really happy. Here we complain, like if we don't have a phone or computer or a certain toy, we get cranky. But over there, I gave them a bottle of nail polish, and they were super duper happy. They're really thankful for what they have. Now every time that I think, 'I want this' or 'I want that,' I think about them and how I can help. So I wrote a letter to the girl we sponsor and sent a picture."

"Let the peace of Christ rule in your hearts. ... And be thankful."