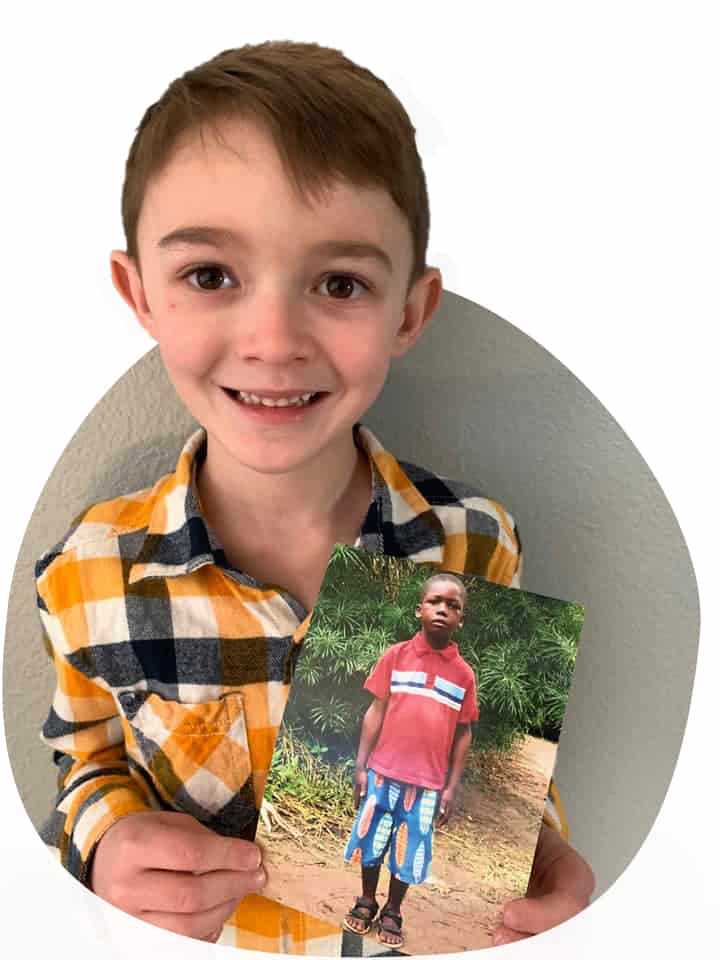 Six-year-old Owen lives in California. His favorite animal is an octopus, he loves the fast rides at Disneyland and he enjoys solving puzzles.

Another fact about Owen is that he doesn’t have any siblings, but he does have someone who calls him “brother” in Colombia. His name is Omar. Owen’s family sponsors Omar and thinks of him as a part of their family. Colombia is an eight-hour plane ride from where Owen lives! That’s like sitting down to watch 16 episodes of “Sesame Street” in a row! Because Omar lives so far away, Owen keeps pictures of him on display at his house to remember him every day.

But when it’s Omar’s birthday, Owen does something super special! Can you guess what it is?

He throws him a birthday party!

Owen and his mom drive to the store and buy a cake that says “Feliz Cumpleaños, Omar.” In English, that means “Happy Birthday, Omar.” They also make decorations! Owen prays for Omar on his birthday, too. He prays that Omar has good health and that he is happy!

Omar speaks Spanish in Colombia, and sometimes he teaches Owen Spanish words in the letters he writes. When Owen writes letters to Omar, he likes to draw mazes for Omar to trace a pencil through. He also sends him stickers!

When Owen was 2, Omar took a trip to a beach in Colombia. In the sand, he wrote “Hola, Owen.” So, Owen’s family went to a beach in California and wrote back “Hola, Omar.”

Someday, Owen wants to go to Colombia to visit Omar. He wants to teach him English and play games. One time, Owen’s mom was able to visit Omar at his house. She FaceTimed Owen during her visit, and the boys were able to meet!

Owen says it’s important to sponsor children because they don’t have everything they need. “Some of them don’t have lights,” Owen explains.

What are some ways that you and your family remember children in need?