Cody’s family sponsored Argelis in the Dominican Republic for as long as Cody could remember. When he was around 6, he got to take over the job of writing the family’s letters to Argelis.

Even though Argelis was a few years older than Cody, they had a special thing in common — a love of baseball! They talked about their favorite sport a lot. Over the years Cody also learned about Argelis’ life in the Dominican Republic — and of the challenges of growing up there.

“We prayed for Argelis a lot as a family,” says Cody’s mom, Stephanie. “That he would know Christ and walk with Him, as well as all of the prayer requests he sent over the years.”

Another thing that Argelis mentioned in many of his letters was how much he wanted to meet Cody and his family. That planted a dream in Cody’s head.

One day, he would play baseball with Argelis!

Between Argelis asking the family to visit and Cody asking his mom in person, they were very persistent. But when Stephanie looked up the price of the trip, she realized it was a lot of money. So she had an idea.

“If you can raise the money, we’ll go meet Argelis!”

Together with his parents, Cody brainstormed ideas. First, he made flyers and went around the neighborhood looking for lawns to mow and sidewalks to shovel. He saved up all of his Christmas and birthday money. He had a lemonade stand where he also sold crafts and baked goods. He even went through some of his toys and sold them online!

And finally, after almost a year, Cody had saved up enough money to go meet Argelis! 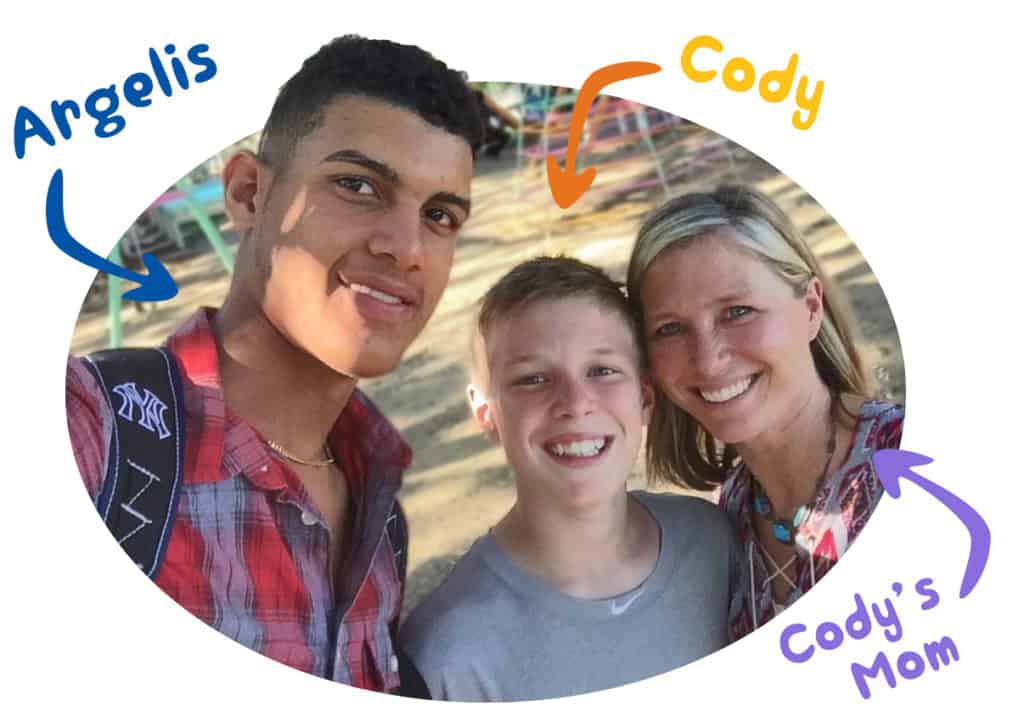 The day of their meeting was one of the most fun days Cody could remember! He and his mom had taken a baseball glove for Argelis, and the boys played baseball in the park. They were even able to meet Argelis’ mom and spend time praying with the whole family.

“I was amazed at just how much our sponsorship meant to Argelis and his family,” says Cody. “He even brought all of the letters I had written with him to the park!”

Since their trip, Argelis has graduated from the Compassion program, and he’s even playing minor league baseball! Cody and his family still pray for Argelis and his family, and they are sponsoring another little boy from the Dominican Republic — who they hope to also meet one day!

“I was amazed at just how much our sponsorship meant to Argelis and his family.” — Cody