Have you ever been playing a game and suddenly find yourself feeling a little bored? You’re having tons of fun and then … BOOM. It’s time to find something new to do. We’ve all been there!

Well, today we want to tell you about a girl and her best friend who were feeling a little bored with their normal games — so they decided to change the world instead!

Meet Quinn. She’s a super cool 9-year-old who loves gymnastics, soccer, archery, history — and brownies! But before we tell you why she loves brownies so much, we have to start from the beginning …

On a cold winter’s day, Quinn and her best friend, Lucy, were having a playdate. Suddenly, one of those classic, unexpected boredoms rolled over them. They immediately started to think of new things to play! Then, out of the blue, a brilliant idea struck them:

But there was just one problem: It was winter in Oregon. And it was cold.

So, they planned to have their bake sale in February instead — on Valentine’s Day! They could make everything heart shaped so that people could buy their baked goods as Valentine’s Day presents.

In the months leading up to the bake sale, Quinn thought of a great way to make the bake sale even more awesome: give the money they earn away! You see, around Christmas, Quinn learned in Compassion’s Gift Catalog that some kids who lived in poverty didn’t have a playground to play on.

So, she and Lucy decided that they would give away their earnings instead of keeping them! Quinn decided that her half of the money would go to Compassion to help give kids in poverty a playground.

When Feb. 14 rolled around, Quinn and Lucy recruited their younger siblings to help out. They set up a beautiful table on the driveway filled with cookies and brownies. Next to the table, they put a sign telling people that the money earned would be given away.

The people in Quinn’s neighborhood flooded to the bake sale. It was a HUGE success! And guess what? The brownies sold the best AND they were the cheapest to make. 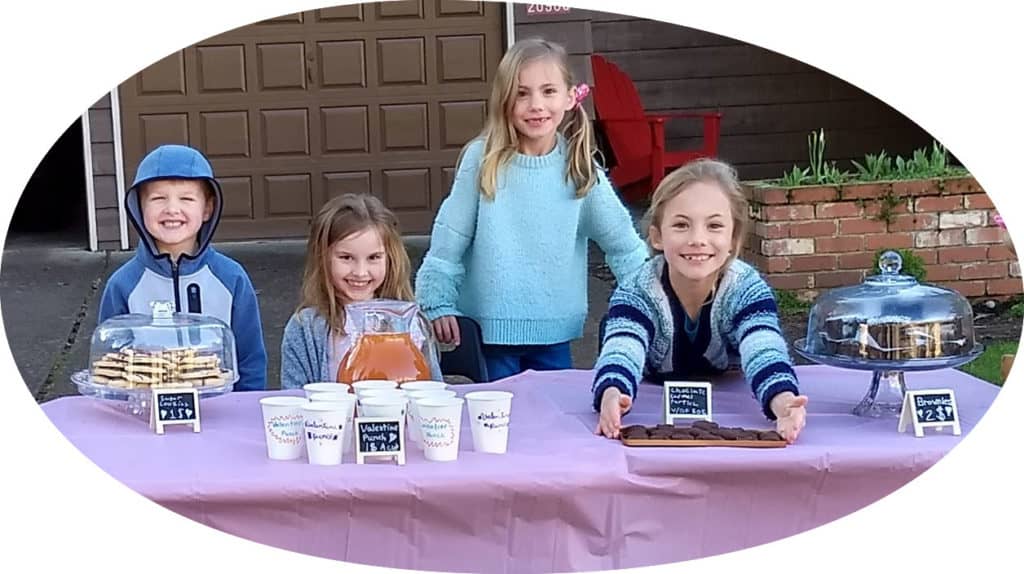 And the best part about the whole thing is that Quinn gave all the money she made away — and she felt great about it!

Quinn’s story is SO inspiring, isn’t it? When she got bored, she decided to get creative and make the best of it by helping other people! That sounds a whole lot like something Jesus would do!